As first announced in a post on Colonel Corn’s Patreon Page, there is a new album cover for his single release, “:West Indie Kah”.

Here’s an image of the new cover : 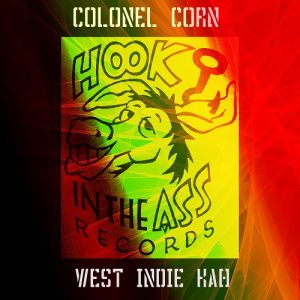 ← Upcoming Releases
Down On The Pharm release →

See the Colonel on Spotify

See the Colonel on Soundlcloud

Down On The Pharm

What The Colonel Is Listening To